We Don't Deliver to Your Area Yet

We're sorry, it doesn't look like we can deliver to your address yet. Typically we need 15 or more people in a specific area, and then we can start up a route. Feel like you've got the interest in your area? Give us a call or send us an email using the contact page.

We Deliver to Your Area!

We're excited to deliver our farm fresh goodness to your door!  It looks like you will get deliveries on: 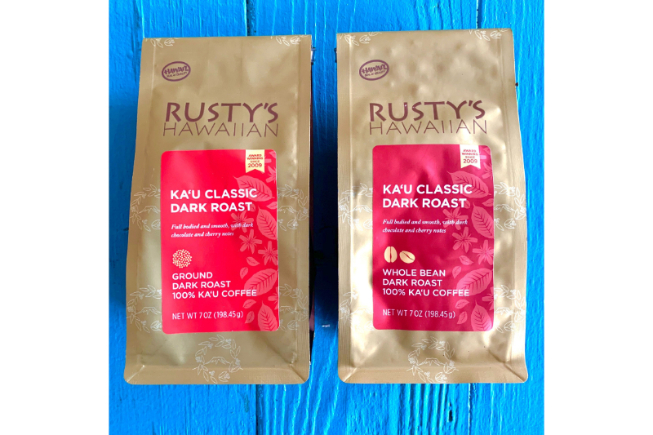 Would you like
Delivery or Pickup?
Please enter your delivery address: Delivering to: Change Address
(Change to Pickup?) (Change to Delivery?)
Already have an account? Sign in

We're sorry, this product is only available for the current week and it appears you are either past the cut-off time or have already received your delivery.

Out of stock
Full bodied, smooth, dark chocolate and cherry. The most popular of our roasts in Hawaii. This smooth coffee is preferred because it pairs well with desserts. The dark roast softens this coffees brightness and brings out more hints of chocolate. This coffee consists of the Typica variety, grown in the rich soil and cool climate of the Mauna Loa volcanos southern slope. In 2017, this coffee won the Silver medal in the North American (Milk Based) category at the Golden Bean North America Coffee Roasters Competition. 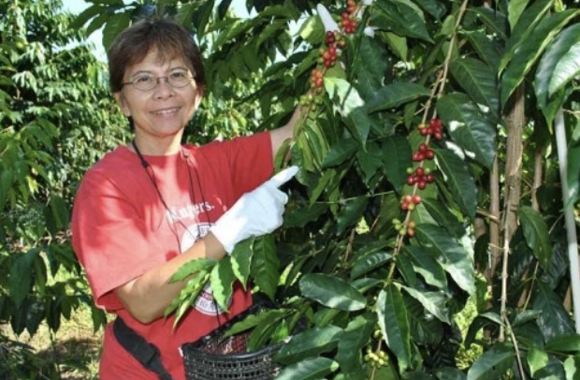 When Rusty and Lorie Obra started our Hawaiian coffee farm, mill and roastery in 1999, they stumbled upon an award-winning coffee region. Of course, they didn’t know it at the time. The couple simply wanted to live in the Ka‘u District, the southern side of the Big Island known for the Green Sand Beach near Ka Lae (South Point), the Punalu‘u Black Sand Beach, and the Hawaii Volcanoes National Park.


Rusty, a retired chemist, and Lorie, a medical technologist, ran the business like a laboratory. They started testing different processing methods and roasts, looking for ones that would bring out the best flavors in their beans.

Then Rusty died in 2006, leaving Lorie at a crossroads. Could she handle the business — with all of its manual labor — on her own?

Lorie thought about selling our farm, but she couldn’t let go of Rusty’s dream: to make Ka‘u coffee some of the best in the world. “It was the only reason I got out of bed in the morning,” she says of that grief-stricken time.

The success of Rusty’s Hawaiian prompted Lorie and Rusty’s son, Rusty Obra Jr., to compete in specialty coffee. In 2015, he won the U.S. AeroPress Championship.

As for the future of Rusty’s Hawaiian, Joan Obra and Ralph Gaston (Lorie and Rusty’s daughter and son-in-law) are guiding the company to achieve dreams beyond Ka‘u. Rusty’s Hawaiian continues to showcase remarkable coffees grown throughout the Hawaiian islands, such as Maui Mokka Peaberry and Kona Maragogype. See the complete list of Rusty’s Hawaiian awards here (link in same window to Awards “cover page”).

Most importantly to Joan, Rusty’s Hawaiian is spreading the values of its late founder. “When my father was dying, he was as generous and cheerful as ever,” Joan says. “I asked him how he could be so happy, and he gave me the most valuable lesson of my life: ‘Have a positive attitude, be thankful and have faith.’ ”

“Everything my father did -- including starting a coffee farm, mill and roastery with no prior experience -- was infused with his characteristic strength and optimism,” she adds. “We see our coffee as a symbol of encouragement. I hope others see our story and are inspired to go after their own big dreams.”

This delivery truck is empty!

We Don't Deliver To Your Area

We Deliver To Your Area

To create your account and begin placing orders click continue. Or you can return to the market to browse our products.

Choose the distance you want to search for a pickup location:

Would you like to remove this recurring item from just this delivery or all future deliveries?

There is no Checkout or Submit button to finalize your delivery. These items will be delivered unless removed. Enjoy!

We Don't Deliver To Your Area